Deb runs (literally and figuratively) at one pace: fast. In addition to co-creating Chen & Cragen, Deb is the founder and CEO of Coppei Partners, a boutique talent development firm that focuses on onboarding, management development, bench training, and intern programs. Deb was born and raised in Anchorage, Alaska and holds a Bachelor of Arts from Washington State University where she studied Psychology. When she isn’t camping in the wilderness or ice climbing on frozen waterfalls, Deb resides in Seattle with her husband and tests her leadership skills with her three rambunctious children.

Storytelling runs in Justina’s blood. After all, her middle name means illuminate, which is what story does: it throws light on a message. Justina is a story strategist to leaders, an award-winning novelist, and the co-founder of Chen & Cragen.  Justina’s workshops teach leaders how to unify and electrify employees and customers with strategic storytelling. Seen as a thought leader on executive communications, Justina joined The Rockefeller Foundation’s twelve-person convening on storytelling for social good, along with CNN, BBC, NPR, and Google. Her YA novels have won several accolades, including the Asian Pacific American Award for Literature. She graduated Phi Beta Kappa from Stanford University where she won the Dean’s Award for Service. Justina calls Seattle home, yet feels at ease wherever she goes so long as she has her coconut black tea, journal, and pen.

Robbie may not tell you that he was a former president at Microsoft who enjoyed various marketing, general management and business leadership roles over an expansive twenty-plus year career. But gamers know that as Chief Xbox Officer, Robbie led the creation and development of the highly successful Xbox video game business. Now in his new role as a “Civic Engineer,” Robbie believes we all have a responsibility to engage on civic issues. So he dedicates his time to strategic consulting for organizations driving positive change in our communities. He speaks to corporate, academic and civic groups across the country and is working on the follow-up to his first book, Xbox Revisited: A Game Plan for Corporate and Civic Renewal.

Roberto leads Chen & Cragen’s visual storytelling for leaders from branding to social media presence. His passion is for organizations that make an impact—whether international non-profit organizations, including Compassion, Save the Children, Campus Crusade for Christ, The World Bank, World Vision, and USAID, or brands like Microsoft, The US Air Force, Nike, and Nordstrom. When he isn’t shooting major stories, say, refugee camps and clean water, Roberto is perpetually training for marathons or his next cycling adventure.

Award-winning and Emmy-nominated broadcast journalist, Julie is a leading expert in strategic media coaching and communications. From TED talks to “all hands” events, and national broadcasts to Shark Tank, Julie prepares leaders to share their stories and handle the toughest questions. A morning anchor on both KIROTV and KING5TV in Seattle, Julie greeted viewers with the latest breaking news for two decades. With Julie at the anchor desk, her broadcasts consistently saw substantial and sustained growth at both stations. Her in-depth interview skills, honed with hundreds of people from Presidential candidates to Judge Judy, makes her a trusted advisor to leaders who rely on her to sharpen their presence and impact. Julie is a graduate of The University of Colorado School of Journalism. She and her family are actively involved in Seattle-area nonprofit organizations, including those that serve families and children.

Michele is a leadership coach known for helping executives develop their authentic style and managers build high-performing teams. While in Human Resources at Microsoft, Michele partnered with leaders across all levels and around the globe. She personally led University Recruiting during some of the company’s greatest growth years, advocating for entry level talent and piloting technology innovations for tracking success still in place today. Before all that, Michele was a General Manager in the restaurant business where she honed her personal leadership and people skills. An avid student of human behavior and workplace dynamics, Michele holds an MA in Applied Behavioral Science and a BA in Hotel and Restaurant Administration. She is also a certified coach through the Coaches Training Institute. Michele keeps her creative well full as a world traveler (always the student) and ardent gardener (always about growth and potential...even in plants).

Karin is a results-driven, resourceful, and self-motivated Program Manager who’d win an Olympic gold medal for organization and efficiency. Detail-oriented and team-focused, Karin can drive even the most complex projects to completion. Currently, Karin is responsible for recruiting and managing all aspects of Microsoft’s Legal Intern Program, which she created and continues to manage alongside senior leaders in Microsoft’s Corporate, External and Legal Affairs department. She received a BS in Speech Communications from the University of Oregon. If she’s not managing a Chen & Cragen project, Karin can be found in a yoga studio, perusing food blogs or in the kitchen cooking. She enjoys spending time with her family and friends and taking long walks/hikes with her pup, Bear.

Julie is the wardrobe and image stylist focused on getting you camera-ready for your high stakes moment on stage all the way to cocktails with clients afterwards. Her mission is to help leaders communicate confidence while highlighting their individuality. She works with leaders across multiple industries, including media (television/radio/video), health care, technology, and non-profit. Julie was a performing arts and classical dance major at Central Washington University. When she isn’t styling professionals and traveling for inspiration, Julie enjoys the music scene and sporting events (Go Hawks!) with her husband and two sons. 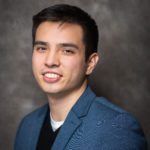 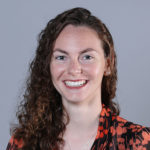 Kelly Murphy is a research assistant and social media manager with Chen & Cragen. She seeks to find the latest news and best studies to inform key projects and initiatives. Kelly graduated magna cum laude from New York University Abu Dhabi, where she was awarded the President’s Award for Service and served as Student Body President. She is currently pursuing an M.Phil in Conflict Resolution at Trinity College Dublin, where she is studying the impact of storytelling on post-conflict reconciliation. As social media manager, you can often find her scrolling through Instagram, Twitter, and LinkedIn (for 'research', she likes to say). 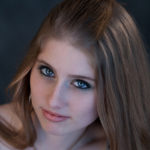 Emily is a research assistant who loves exploring new ideas with Chen & Cragen. Her quest for new perspectives and experiences has inspired her work across the world in wilderness therapy, outdoor education, and resource development, from local projects in Washington and Idaho to the Middle East. She graduated in 2017 from Green Mountain College with a M.S. in environmental studies and communication while leading guided treks in Oman. When she’s not traveling the world, Emily is also passionate about cooking, salsa dancing, and fun facts. 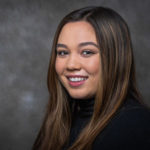 Sofia Headley is a Marketing and Business Development intern with Chen & Cragen. She is a junior at Wesleyan University, currently studying at the London School of Economics and Political Science. Sofia has previously worked as a research assistant for the Wesleyan Media Project, where she coded federal and gubernatorial election ads and was acknowledged in an article published by Health Affairs. When she’s not exploring London, you can find her curled up reading a book or devouring the news (global and celebrity gossip alike).